What makes a smart home 'smart'? 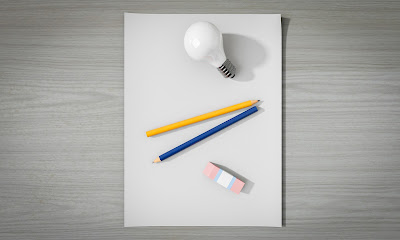 We never had a satnav in the car when I was growing up. Instead, we pulled out the old ring-bound A to Z from behind the passenger seat and we found our way using MumMum, even after TomTom had been around for several years. My family was just not into all the latest gadgets.


But I remember witnessing how amazingly easy a drive could be when I sat in friends’ cars, as they or their parents plugged a little screen into their cigarette lighters, typed in a postcode and drove away. As long as they avoided incurring the wrath of the stern-voiced lady inside the screen it was all a doddle. Technology at its best.


Technology at its best right up until the moment some smart, no doubt effortlessly efficient car designer realised that incorporating at satnav screen into the car itself made things a lot simpler. Soon every manufacturer was placing screens in prime position on their dashboards, and we’ve not looked back since.


I’m certain this process has been repeated over many years as cars have evolved. The idea of what a ‘car’ is has been changed and changed again as new features have moved from being ‘add-ons’ to ‘add-ins’. An electric fan stuck on the windscreen will never be as good as in-built air conditioning. That windscreen (on which a fan is no longer stuck) is a lot more comfortable and (perhaps!) better looking than driving goggles. And I don’t know for sure if anybody in history carried a gramophone or oompah band into their car with them, but a built in sound system makes a lot more sense to me.

'With houses, and especially the way we wire them, nothing has really changed in forty or fifty years.'


Now perhaps opening a blog entitled ‘What is a smart home?’ with four paragraphs dedicated to the development of the car is a little unexpected, but please bear with me. All will become clear.


You see, cars were one of the first things Darren Richardson (owner of Intelligent Living Wales) spoke to me about when he was introducing me to the world of smart homes. I’m no electrician. He had to outline the benefits of smart wiring in a way that I would understand, and cars were the avenue of explanation he chose.


‘For years,’ he said, ‘we’ve been improving and redesigning the car to incorporate hundreds of new features, be they for comfort, safety or entertainment. The differences between a car from the Sixties and a car built yesterday are immense! But with houses, and especially the way we wire them, nothing has really changed in forty or fifty years.’


In essence, he said, every house constructed in the last half century has been built with plug sockets, lights and the occasional unique cable. Of course, the lights, appliances and technology we attach to the ends of our wires have changed and improved greatly. Nowadays all sorts of ‘smart’ products are appearing: thermostats which can be turned on before you get home and adjusted on your phone; plug adaptors which can be set to turn off automatically, or can be operated using another app; security systems which can be monitored at any time of day, again from your smart phone.

'The house knows when you have left and automatically shuts down any non-essential power sources.'


With a true smart home wired by Intelligent Living Wales, the house itself is upgraded. Thanks to the Loxone Miniserver Darren and his team install, each component using your electrical system speaks to all the others. Everything is simpler. Adaptability is inbuilt.


It’s one thing to have plugs which you can switch off from your smart phone when you leave the house. It’s another thing entirely to not have to remember to get out your phone because the house knows when you have left and automatically shuts down any non-essential power sources.


It’s great to be able to whip out your phone and tell your thermostat to keep heating the lounge because good friends have stayed later than you thought. But it’s greater still to have the house realise you are staying in the lounge longer than expected and to keep the heating on until your friends leave, freeing you up to carry on talking.


Getting an instant notification when there is a security issue at your house is a huge step in protecting your home and catching any intruders. But with a truly smart home your security equipment communicates with the rest of the house. So while a notification of a security breach is not what you would ever want to appear on your phone, at least if one does arrive you might get some comfort from knowing that your blinds will all have flown open, every light in the house will be flashing and every sound system will be playing whatever audio deterrent you choose at full volume. You can be sure that your intruder will have the attention of the whole street.


Best of all, with the Loxone system every smart feature of your home can be operated from one app. This makes everything simpler and leaves you with all the control you could ever want. So if like me you would like to be able to show your friends exactly what your new smart home is capable of, you can still pull out your phone for a grand demonstration, and everything will be in one place. Smooth as you like.


Now we must return to cars. As the basic wiring of a house has not changed for fifty years, perhaps it could be represented in my final analogy by a ‘seasoned’ old car. Perhaps a late edition Ford Anglia.


It works. For fifty years it has been kept in good condition and worn out parts have been replaced. But its owner wanted to be able to listen to music from his phone, so he had to break into the dashboard and do a bit of rewiring to fit an audio cable. He wanted central locking so had to cut replacement locks into the doors. A satnav is stuck to the windscreen and he’s somehow managed to add airbags and a sensor but they look a bit out of place. As he is stopped at some traffic lights he is very keen to show his friend that the car they are riding in has all the mod-cons.


Then a brand new Mercedes pulls up alongside them, and suddenly everyone gets a little distracted. The Ford and the Mercedes share many of the same features, and they both do what their owners want. But now, somehow the Anglia just doesn’t make sense.
Posted by Unknown at 07:48