Behind the scenes: heating systems from an installer's perspective 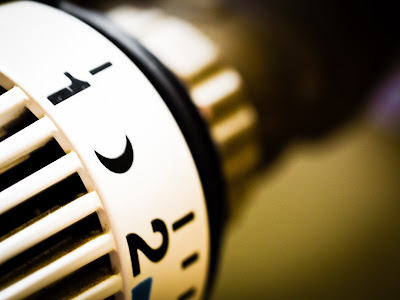 Jon is a member of Darren's installation team. I was having a conversation with him recently and he mentioned that if he were getting Loxone products installed in his own home, he would prioritise automated heating controls above some of the other more 'fancy' features available. I wanted to know why so I arranged a little interview with him...

Thanks for being up for answering some questions about smart homes. I want to ask you about smart heating systems, but let's introduce you first. How long have you been working for Darren?

About a year and a half.

What do you do for him?


How did you start working for him?

I met him a few times through other work he was doing and we met up for a coffee as I was looking for some direction and advice in the building industry. I had no prior knowledge of smart homes, but after he chatted through his 'vision' for the business and mentioned that he was looking for someone to take on and train up, he offered me a job! And here we are today..!
What's been your impression of smart systems as someone who actually installs them in people's houses?

As I've mentioned, I had no prior knowledge of smart homes before starting to work for Darren so experiencing first hand the designing/building/working phases of the installations has been mind blowing. It's like a whole new world has been opened up to me. It's also really exciting working on each new project as no two houses are the same.

What smart stuff would you fit into your own home?

If money was no object... everything. Life at home made easier, simpler and more fun! Right now though, while I can appreciate the lighting and sound controls and all the quirky, cool features of the systems, what I'm really impressed by and so what I would prioritise fitting would be the zonal heating control.

Why are you more convinced about the heating benefits over the other features?

It's not that I'm unconvinced about the other options, it's just that having full control of the heating in your house makes so much sense. It feels like a basic necessity which should be in every house; more so than being able to change the lighting to 'set the mood', however cool and clever that is. I've only got a small terrace house but the amount of energy I must waste when the heating is left on in empty rooms or when we forget to switch it off or close windows must be crazy. With the Loxone system you can put each room on a 'zone' system and choose what temperature you would like each room to be at any point instead of just firing the boiler up and blasting heat round your whole house until you turn it off. It even goes one further than that, as the system learns how long it takes to heat each room to the required temperature so fires up at just the right time. It'll even send alerts and shut off radiators if you're pumping heat out of an open door or window. The system can accommodate your every need all while saving you precious energy which translates into money. All these options can of course be easily changed and overridden via the app. Also, it's not a 'final decision' when fitting these systems; you can always change or add more as you go. As long as the cables are in anything can be programmed to do whatever you like, so the possibilities are endless! We always plan for the future and that's a great lesson I've learned off Darren: it's so worth pulling in that extra cable, thinking what might be needed later on... and because the Loxone system is so flexible and customisable clients don't have to worry about a thing.